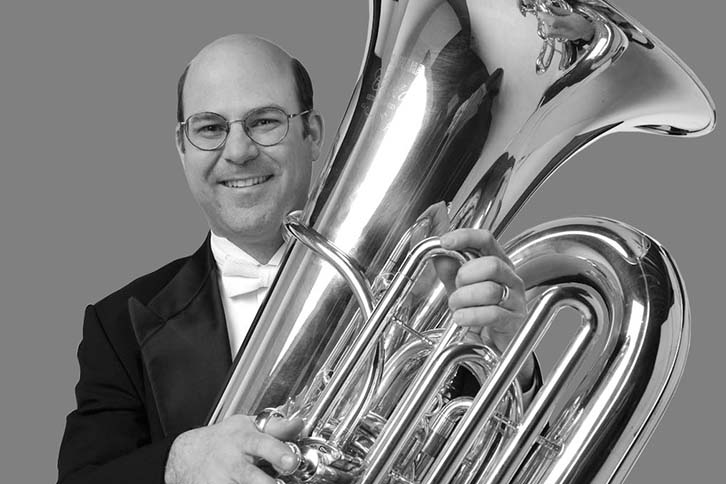 The Dana School of Music announces YSU Tuba/Euphonium Day on Sunday, March 27, 2:00pm-8:00pm in Bliss Hall. The event is free, but participants must register in advance at https://ysu.edu/music. Once registered, attendees will receive further instructions. Participants are encouraged to bring their own instruments.

The event includes a rehearsal and master class with guest artist, Anthony Kniffen, Principal Tubist, Indianapolis Symphony Orchestra. A closing concert at 7:00pm will feature all participants, the guest artist and the YSU Tuba/Euphonium Ensemble.

He has performed with folk artists, the Makaha Sons of Ni’ihau in Hawaii and with the Buselli-Wallarab Jazz Orchestra as well as the Saint Louis, Minnesota, Detroit and New Mexico symphony orchestras. He has recorded numerous discs with the Cincinnati Symphony Orchestra and has toured the United States extensively with Summit Brass and in Japan with Sierra Brass. A winner of four concerto competitions, he also appeared as soloist with the Honolulu and Indianapolis Symphony Orchestras.

Kniffen is the ‘play-along’ tuba player on a Hal Leonard educational project called, “Essential Elements 2000,” and can also be heard on a tribute CD to jazz legend David Baker, “Basically Baker” (volume one), and on the popular 2010 recording, “CSO Resound:  The Chicago Symphony Orchestra Brass Section Live.”