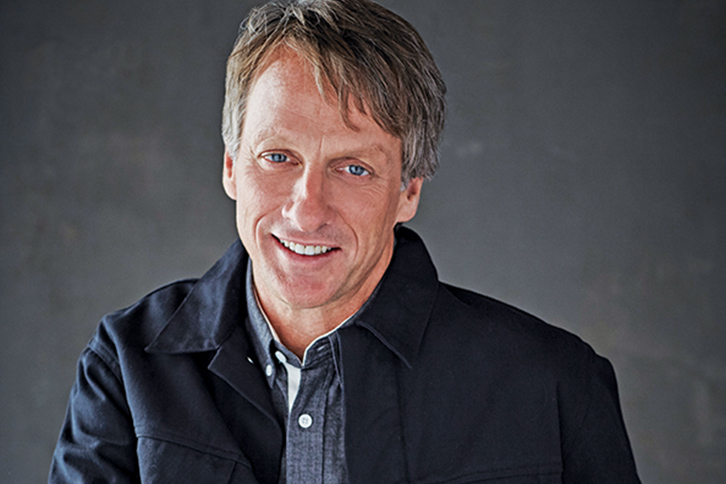 The most recognized action sports figure in the world, Tony Hawk was just nine years old when his brother changed his life by giving him a blue fiberglass Bahne skateboard. By 14 he’d turned pro, and by 16 he was widely considered the best skateboarder on earth. He was world champion 12 years in a row and is a 16-time X Games medalist. In 1999, he became the first skater to ever complete a 900, the holy grail of vert skating. Shortly thereafter, he teamed up with Activision to launch Tony Hawk’s Pro Skater, now a billion dollar video game franchise. He has created a Tony Hawk brand that includes Birdhouse Skateboards, Hawk Clothing, and the Tony Hawk Signature Series sporting goods and toys. Hawk authored a New York Times bestseller and oversees his films, television and commercial production company, 900 Films. In 2022, a biographical documentary film titled “Tony Hawk: Until the Wheels Fall Off” by award-winning director Sam Jones debuted on HBO, giving an in-depth look at Hawk’s legendary career and personal life. He founded The Skatepark Project, which has given away over $10 million to over 650 skatepark projects throughout the United States that serve over six million visitors a year.

Tickets to the lecture are free and available on a first-come, first-served basis with a limit of four per person. Tickets will be available beginning August 15, 2022 on the Stambaugh Auditorium website. For more information, visit the YSU Lecture Series website.