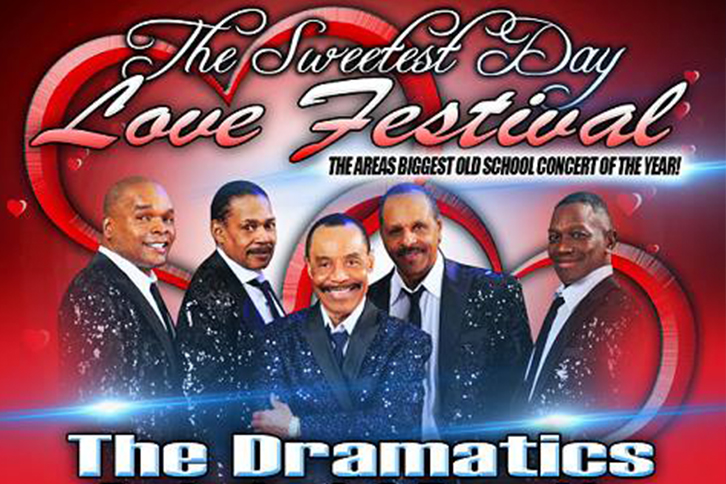 The Dramatics are an American soul music vocal group formed in Detroit, Michigan in 1964. They are best known for their 1970s hit songs “In the Rain” and “Whatcha See Is Whatcha Get”, both of which were Top 10 Pop hits.  The group continues to tour and presently consists of Reynolds with Winzell Kelly, Leon Franklin, and Donald Albert.  The Dramatics were officially inducted into the R&B Music Hall of Fame at Cleveland State University’s Waetejen Auditorium on Saturday, August 17, 2013.

Joining The Dramatics will be Ray, Goodman & Brown is an American R&B vocal group. The group originated as The Moments, who formed in the mid-1960s and whose greatest successes came in the 1970s with hits including “Love on a Two-Way Street”, “Sexy Mama” and “Special Lady”. Also taking the stage will be Enchantment and Heatwave.  Enchantment a soul/R&B band best known for their mid-1970s hits, “Gloria”, “Sunshine” and “It’s You That I Need”.  Heatwave, is an international funk/disco band formed in 1975, are known for their singles “Boogie Nights”, “The Groove Line”, and “Always and Forever”.