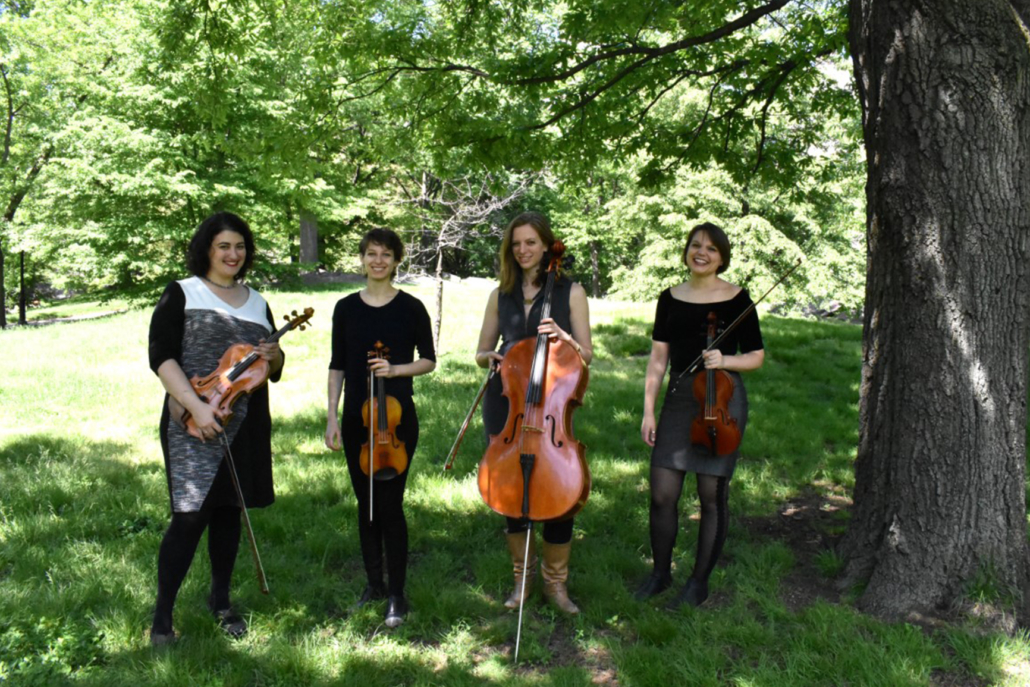 The Rhythm Method String Quartet, an all-female quartet, strives to reimagine the string quartet in a contemporary, feminist context. The four performer-composers of The Rhythm Method continually expand their sonic and expressive palette through the use of graphic notation, vocalization, improvisation, and performance. Their recent programming has included numerous premieres by their own members, as well as newer works/premieres by Tonia Ko, Lewis Nielson, Dai Fujikura, Andrew Norman, and other living composers, sound artists, and songwriters.
The Rhythm Method has given performances at Joe’s Pub, The Stone, the Met Museum, the Noguchi Museum, and Roulette, and has been featured on the String Orchestra of Brooklyn’s String Theories Festival, MATA Festival, Music Mondays, and the Austrian Cultural Forum’s Moving Sounds Festival. The Rhythm Method recently completed residencies at Tulane University, Arkansas State University, Zurich University for Art and Music, and Bowling Green State University’s College of Musical Arts, and has performed internationally in France, Austria, and Switzerland.
This season, the quartet continues their Hidden Mothers Project, an initiative highlighting works by historical women composers. It will also bring the third installment of Broad Statements, a celebration of creative music-making by women in a wide array of artistic styles. The Rhythm Method’s recording of “Silence Seeking Solace” (with soprano Alice Teyssier) was recently featured on Dai Fujikura’s “Chance Monsoon” (SONY Japan), and the quartet is prominently featured on cellist Meaghan Burke’s album “Creature Comforts.” The Rhythm Method will release its debut album, featuring new works by all of the quartet members, on SCRIPTS Records in 2020.

The concert is co-sponsored by 88.5 WYSU-FM. Tickets are general admission and available at ysu.tix.com or by calling the YSU Theatre Box Office at 330-941-2307. Ticket prices are $22, adult; $17, senior citizen and YSU faculty/staff; $5, youth under 18; free for YSU students and children.