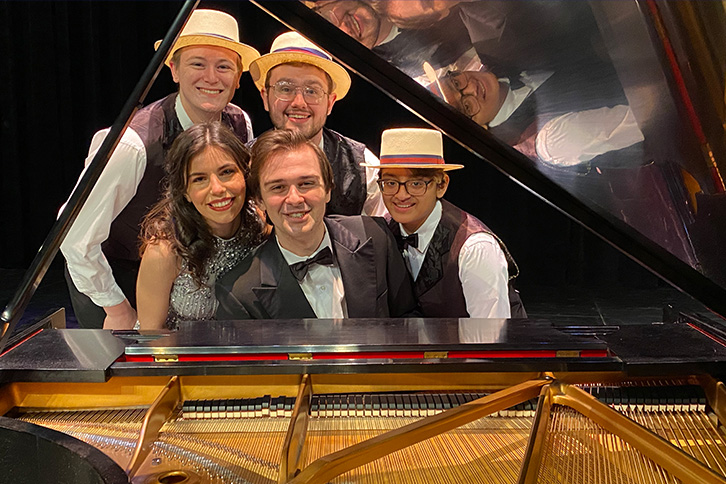 The show’s run is scheduled for February 25-27 in Bliss Hall’s Ford Theater. Friday and Saturday performances begin at 7:30pm while the Sunday matinee performance is at 2:00pm. All seats are general admission.

Directed by Dr. Maria Fenty Denison, who also provides musical direction, Meredith Willson’s Tony Award-winning musical comedy has been entertaining audiences since 1957. The Music Man follows fast-talking traveling salesman, Harold Hill, as he cons the people of River City, Iowa, into buying instruments and uniforms for a boys’ band that he vows to organize – this, despite the fact that he doesn’t know a trombone from a treble clef. His plans to skip town with the cash are foiled when he falls for Marian, the librarian, who transforms him into a respectable citizen by curtain’s fall.

The Concert Version features the Musical Theatre Ensemble on stage, conducted by Dr. Kent Engelhardt. Songs will be sung in order with dialogue and movement in between pieces.