The Mountaintop – The Youngstown Playhouse

An event every week that begins at 7:30pm on Friday and Saturday, repeating until Saturday, February 26, 2022 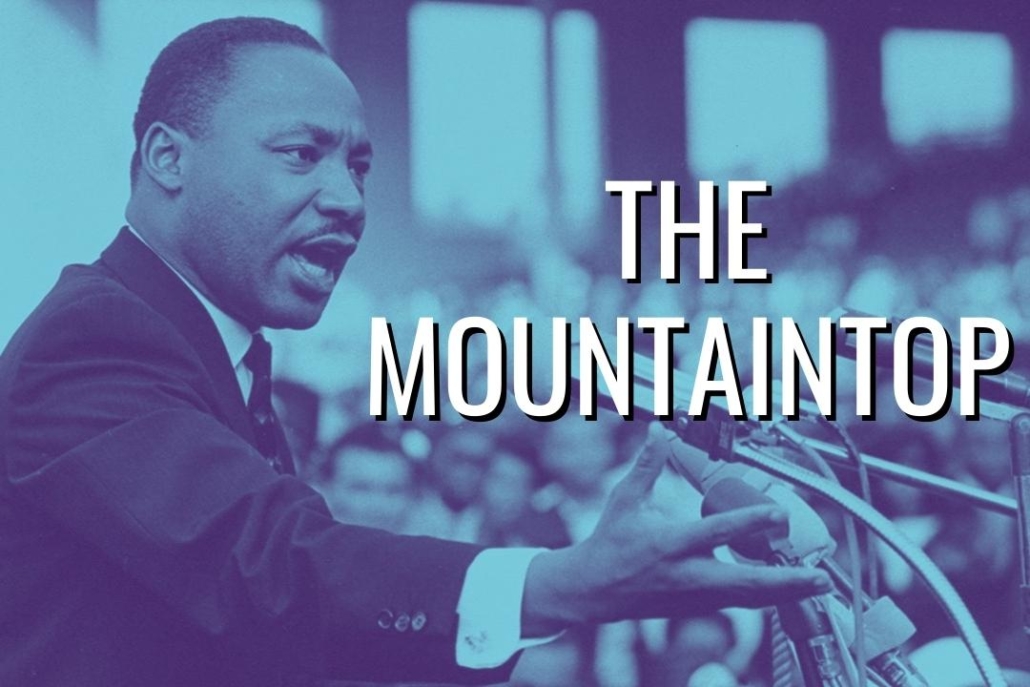 The Youngstown Playhouse presents The Mountaintop, by Katori Hall and directed by James Major Burns, February 18–27, 2022 in the Moyer Room.

Set on April 3, 1968, The Mountaintop is a gripping reimagination of the night before the assassination of Dr. Martin Luther King, Jr. After delivering one of his most memorable speeches, an exhausted Dr. King retires to his room at the Lorraine Motel while a storm rages outside. When a mysterious stranger arrives with some surprising news, King is forced to confront his destiny and his legacy. Winner of the 2010 Olivier Award for Best New Play, The Mountaintop is helmed by James Major Burns (Elf, The Color Purple, Dreamgirls) in his directorial debut.

Tickets can be purchased on The Youngstown Playhouse website or by calling the Box Office at 330-788-8739.