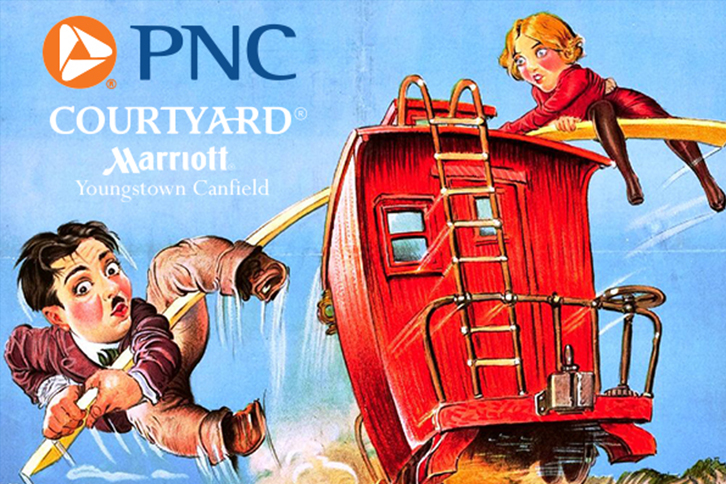 Organist Todd Wilson will return to the E.M Skinner Organ to perform live organ accompaniment to three short silent films. Buster Keaton and Sybil Seeley star in the comedy “One Week,” as newlyweds who receive a portable house as a wedding gift. But when he tries to construct it, things quickly go awry. “Big Business” is a Laurel and Hardy comedy short following tit-for-tat vandal- ism between a Christmas tree salesman and the man who rejects them. Monty Banks stars in “Chasing Choo Choos,” a love story leading to a chaotic and hazardous chase. Funded in part by PNC, artist accommodations provided by Courtyard Marriot Youngstown – Canfield.

While the film is free to the public, tickets are required. Tickets are available now through the Florence and Ward Beecher Box Office at Stambaugh Auditorium.