OWR Presents: A Taste of Traviata 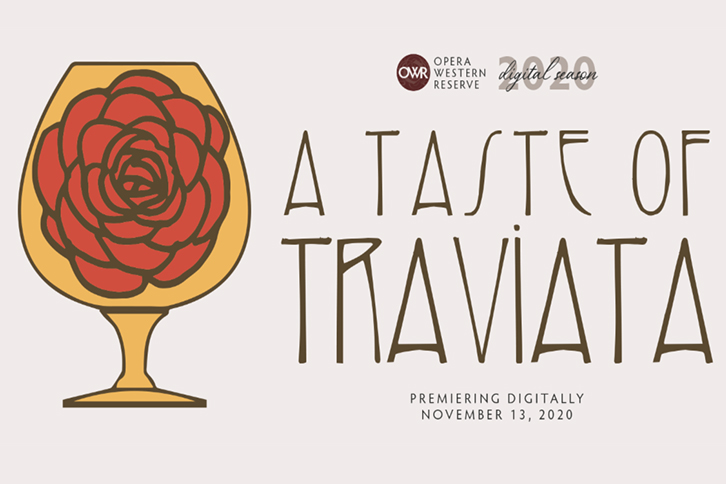 The production will be conducted by Musical Director, Dean Buck, with staging by Production Director, Scott Skiba. Featured in the cast are Karen Barraza, as Violetta and Mackenzie Whitney, as Alfredo, both new to OWR, and returning singers Sierra McCorvey, as Anina, Brian Keith Johnson, as Germont, and Jason Budd as the Doctor.

‘A Taste of Traviata’ highlights Guiseppe Verdi’s opera, La Traviata. A consumptive young courtesan who wants to leave her life of revelry, Violetta Valery decides to live her final days devoted to one man, Alfredo Germont. Alfredo’s genuine love rejuvenates Violetta’s health until Alfredo’s father visits and convinces her to forsake Alfredo and return to her former life.
OWR Presents: A Taste of Traviata, with its familiar music and powerful story, will take advantage of the film medium, highlighting Stambaugh’s world-class acoustics and awe-inspiring beauty in a new and inventive way. It will be sung in the original Italian with English super titles. A Taste of Traviata will also feature fascinating behind-the-scenes extras, and educational material perfect for the whole family.

OWR Presents: A Taste of Traviata Singer Biography Information:
Karen Barraza – Violetta
Mexican Soprano Karen Barraza is a 2017 graduate of the Academy of Vocal Arts. In 2019 she made her debut with New Orleans Opera as Gilda in Rigoletto. Ms. Barraza’s roles include Gilda in Verdi’s Rigoletto, Lauretta in Puccini’s Gianni Schicchi, and Musetta in Puccini’s La Boheme. Prior to the Academy of Vocal Arts Ms. Barraza attended Taller de la Ópera de la Sinaloa, where she also performed the role of Gilda in Rigoletto. Other roles performed include Juliette in Romeo et Juliette, and Queen of the Night in Mozart’s The Magic Flute with Teatro Pablo de Villavicencio.

Mackenzie Whitney – Alfredo
Mackenzie Whitney is gaining recognition nationwide for his expressive lyric tenor voice. He studies with Bill Schuman at the Academy of Vocal Arts where he received his Artist Diploma. He most recently performed with Madison Opera in the role of Rodolfo in La Bohème. He made debuts with San Diego Opera as Frederic in The Pirates of Penzance, Annapolis Opera as Alfredo in La Traviata and more. His 2019-2020 season includes La Bohème with Cleveland Opera Theater, La Traviata with Madison Opera, Roméo et Juliette with Knoxville Opera, and a holiday concert with the Madison Symphony.

Brian Keith Johnson – Germont
Brian Keith Johnson has performed many roles in opera from Figaro in il barbiere di Siviglia to Ford in Falstaff. As a member of Actors’ Equity Association, he has performed musical theatre roles including Jim in Big River and Father/God in Children of Eden. He has performed with The Cleveland Orchestra, Akron Symphony Orchestra, Canton Symphony Orchestra, Cleveland Opera, Opera Theatre of Pittsburgh, and OWR among others. He received his BM from The University of Akron and studied abroad at The New Opera Academy of Rome in Rome, Italy and The American Institute of Musical Studies in Graz, Austria.

Jason Budd – Doctor
Jason Budd has garnered a reputation for being a consummate singer-actor. Having received accolades for his performances across the United States and Europe, Jason made his South American debut with the title role in Verdi’s Falstaff in São Paulo, Brazil. Jason was thrilled to reprise his role as the Pastor in Dawn Sonntag’s Verlorene Heimat which was part of COT’s {NOW} Festival. Recent engagements include performances with the Spoleto Festival in Charleston, SC, Boston Midsummer Opera, Toledo Opera, Fremont Opera in California, and Opera Western Reserve.