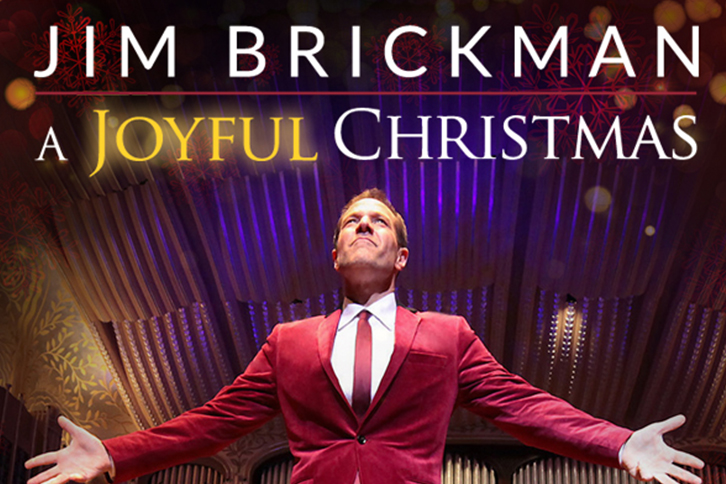 Jim Brickman’s 2018 Christmas show A Joyful Christmas is sure to deliver the sound and spirit of the season with carols, classics, and original songs to make your holiday season merry and bright.

Making its debut in January 1997, “Your Weekend with Jim Brickman” has been heard across the United States in more than 80 markets, featuring music blended with celebrity interviews. As a strong supporter of PBS, Brickman has released four specials for the public television network. Additionally to his radio and television appearances, he has hosted an annual fan cruise since 2006.