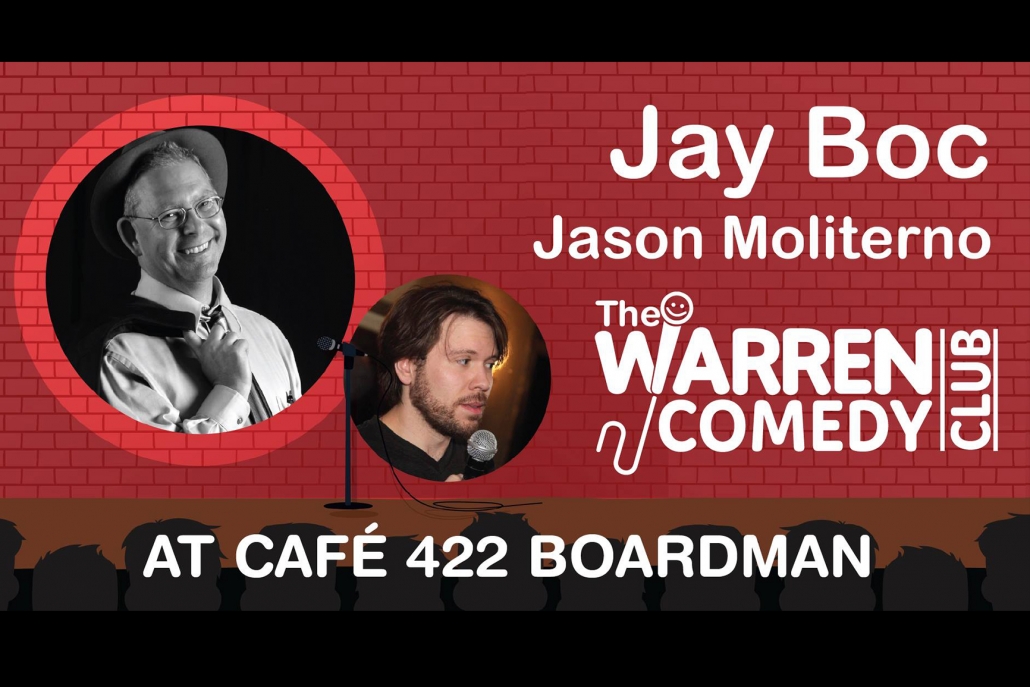 The Warren Comedy Club now presents a season of hilarity at Cafe 422 in Boardman! Join them on Saturday, November 3, at 8:00pm. Doors open one hour prior to showtime. Please plan to enjoy dinner in the world famous Boardman Cafe 422 dining room before the show. The show stars two of the most popular comedians in the traveling comedy club circuit today.

Jay Boc is a clean comic that draws out the “funny” from his day-to-day dealings of being married to a hot Latina. His 2 children provide daily fodder that most parents can relate to. Jay is a former stuntman, repo agent, banker, appraiser, and plumber allowing him to relate to almost any audience. He has lived in CA, DE, WI, GA, and OH. He connects with the everyman through his funny observations we can all relate to.

Jason Moliterno began performing comedy in 2012. He drives around northeastern Ohio, pleasing audiences with his strange observations, which he tries to pack with smart wit and a little absurdity. Then he leaves, finds a Sheetz, and buys a giant block of cheese. He has a dog, but the dog lives with his parents, so is it really his dog? He needs a dog.