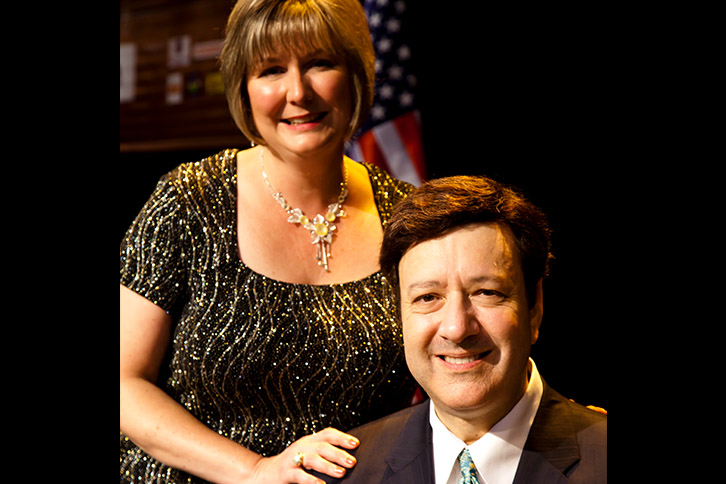 The Dana School of Music announces a recital by guest artists Dr. Jeanie Darnell, soprano and Dr. Michael Baron on Friday, September 24 in Bliss Recital Hall at 7:30pm. The program is free and open to the public. Masks are required at all indoor events at Youngstown State University.

An award-winning concert pianist, Michael Baron performs over 40 concerts each year, including annual tours of Europe and South America, and engagements throughout the United States and Asia. Equally at home as a recitalist, a soloist with orchestra, and a chamber musician, Baron commands a diverse repertoire, ranging from Baroque compositions to world premieres of contemporary pieces. His virtuosity and musicianship regularly garner the highest critical acclaim. Il Tempo (Rome) praised his “spellbinding recital. Baron kept the audience enthralled with a combination of touching poetry and superhuman virtuosity.” Baron received his doctorate in Piano Performance studying with the legendary American pianist Earl Wild. He also worked extensively in Italy with the renowned pianist Orazio Frugoni. Dr. Baron serves as the Myra and Van Williams Distinguished Professor of Music and Head of Keyboard Studies at the Bower School of Music at Florida Gulf Coast University in Ft. Myers, Florida. He is also Honorary Professor of Music at Yantai University and Hubei University in the People’s Republic of China. A distinguished educator, Baron has presented master classes and workshops at schools, festivals, and universities throughout the world. He regularly serves as a jurist on regional, national, and international piano competitions. Recent performances have taken him to Italy, Hungary, Switzerland, Belgium, Germany, China, South Korea, Serbia, Peru, Bolivia, and Taiwan, as well as U.S. performances. An acclaimed master teacher, Dr. Baron’s students regularly win competitions throughout the United States and abroad. Baron is the director of several summer music festivals in Europe and is an official International Steinway Artist.