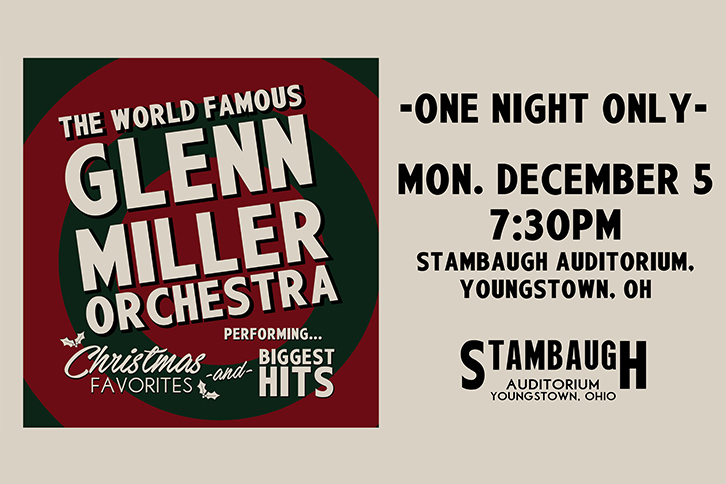 Stambaugh Auditorium is excited to welcome back the World Famous Glenn Miller Orchestra to the Concert Hall stage on Monday, December 5, at 7:30pm. Enjoy the holiday season with an evening of musical performances with a blend of classic holiday hits and swing and jazz engagements.

The World Famous Glenn Miller Orchestra is a fully self-contained group consisting of the music director, five saxophone players, four trumpeters, four trombonists, and three rhythm musicians (piano, bass and drums). Also, there are two vocalists, one male and one female, who perform individually and as part of The Moonlight Serenaders vocal group.

The World Famous Glenn Miller Orchestra is “on the road” longer and more continuously than any other in the whole world, having celebrated its 65th year anniversary on June 6, 2021. It covers over a hundred thousand miles a year, working most every night for 48 weeks out of every 52-nearly 300 playing dates, performing for an “in person” audience that adds up to more than a half million people annually.