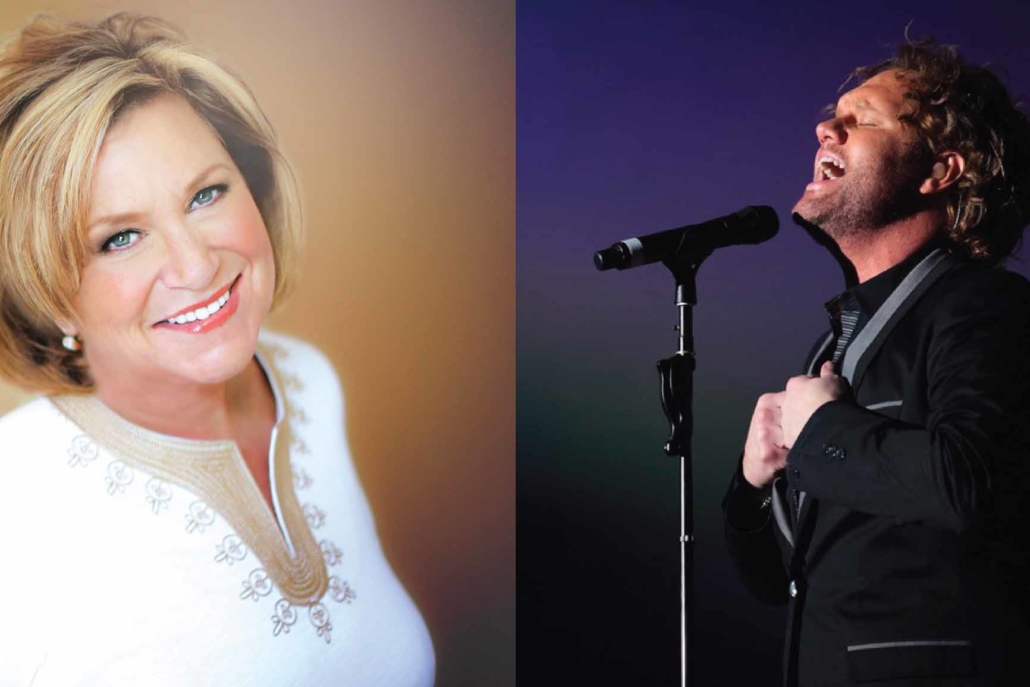 Christian Music Vocalist, David Phelps, returns to Stambaugh Auditorium with Grammy Award Winner, Sandi Patty. Now a solo artist, Phelps served as a member of the prestigious Gaither Vocal Band for more than 15 years, in that time he received numerous Dove and Grammy Awards. Sandi Patty is the most awarded female vocalist in contemporary Christian music history and a 2004
inductee of the Gospel Music Hall of Fame.

Growing up in a musical family, David Phelps’ natural gift for the song was evident when he was very young. Even as he sang in church as a teenager, he knew that he wanted to be a performer. At the age of 18, while earning his degree in vocal performance from Baylor University, Phelps began what would be a life-long passion of traveling around the world to share music and inspiration. As a solo artist, Phelps received two 2009 Dove Award nominations to add to his many awards and honors. Phelps’ 2012 live concert DVD, David Phelps: Classic, debuted on Billboards’ Music Video Chart at #1 and since its release has received acclaim from both Gospel and secular music genres. In 2017, Phelps released his latest recording, Hymnal. Throughout the recording, he lends
his artistry to some of the most treasured hymns.

Sandi Patty hails as one of the most highly acclaimed Christian and Gospel performers of our time with five Grammy awards, four Billboard Music Awards, three platinum records, five gold records, and eleven million units sold. She has released over 30 albums, including her latest album “Everlasting” featuring notable hymns and songs of worship in an intimate and acoustic setting.
In addition to her prolific musical career, Patty is also an accomplished author. For the bestseller Broken on the Back Row, Patty received the 2006 Silver Angel Award. As an author of seven books, her other titles include Life in the Blender, Falling Forward, Layers, and her forthcoming book, The Edge of the Divine. Her down-to-earth style and sturdy common sense have endeared her to Women of Faith audiences, with whom she has traveled since 2005.

Discount tickets will be available for groups of 10 or more, please contact the Florence and Ward Beecher Box Office at 330-259-0555 to reserve your group’s discounted rate. Groups are encouraged to purchase tickets early to ensure being seated together.