Bites & Bits of History: The Scouting Movement – How It All Began 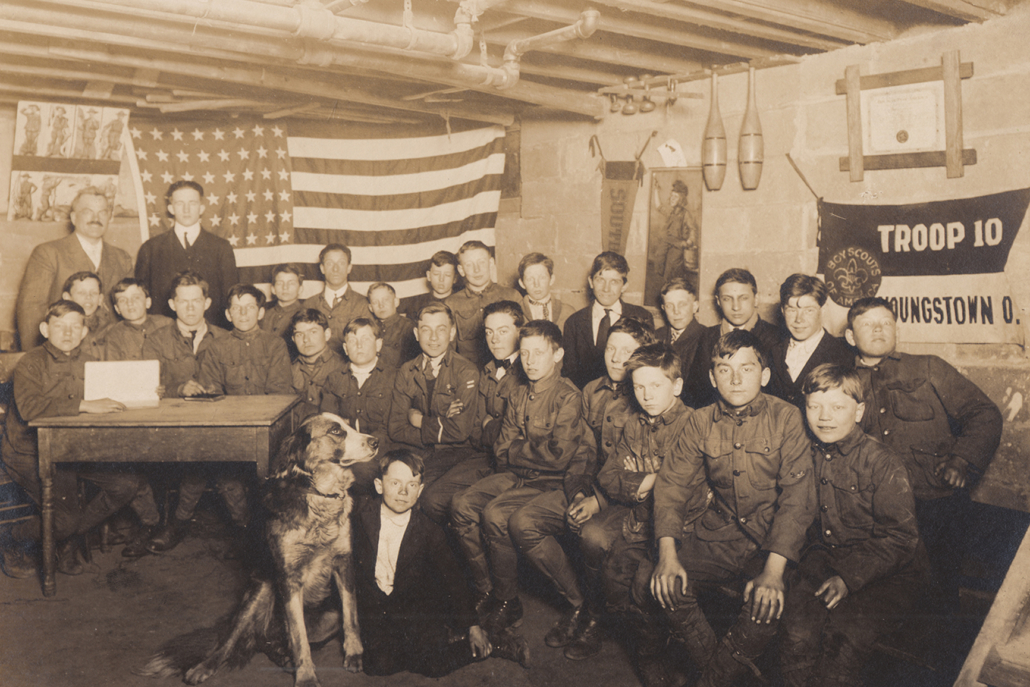 Mahoning Valley Historical Society will present “The Scouting Movement: How It All Began” as the featured Bites and Bits of History Lunch Program at Noon on Thursday, August 15, 2019, at the Tyler History Center in Downtown Youngstown. The speakers are Fritz Coombs and Bill Moss.

Coombs and Moss will portray the life of Robert Baden-Powell, the original founder of the Scouting Movement. The program will explore how he started both male and female scouting, how it came to the United States, and Mahoning Valley scouting history.

Fritz Coombs is a life-long resident of the Mahoning Valley. As a youth, he earned the Eagle Scout Award as part of Troop 9, located at First Presbyterian Church in Downtown Youngstown. Some 28 years later, his son Evan, joined Cub Scouts and eventually, also earned the Eagle Scout Award. Fritz then served in a variety of adult leadership positions in the Unit, District and Council levels, including as Executive Board Member, Program Vice-President and Council Commissioner of what was then known as the Greater Western Reserve Council of the Boy Scouts of America. He continues to serve as an Executive Board Member and Assistant Council Commissioner for the Great Trail Council of the Boy Scouts of America.

Bill Moss has been a part of Scouting all his life, first as a Boy Scout and an Explorer Scout in his youth, then as an adult leader for the last 51 years. In his decades of service in the U.S. Air Force Reserves, he also served as a Base Commander’s Youth Relations Representative and a Chartered Organization Representative for the Aviation Explorer Post. Moss is also the Greater Western Reserve Council Scouting Museum Curator, which he started in 2009 at Camp Stambaugh. Traveling abroad through his military career, he has worked with foreign Scouts. He is the proud father of 2 Eagle Scouts.

Moss portrays various characters during his many presentations to Scouts and civic groups in order to further illuminate the stories of the Scouting Movement. “Doing these performances is my way of paying back the Boy Scouts of America for all the good the Program did for me. I never would have accomplished all the things I have so far in my life had it not been for the training I received in the Boy Scouts,” says Moss.

Bites and Bits of History Lunch Programs are offered every third Thursday of the month. The program is free and attendees may bring their own lunch. The Tyler History Center doors open at 11:30am. In addition to ample street parking nearby, an adjacent public lot on the west side of the building is available and costs $2.50. The Tyler History Center is located at 325 W. Federal St.