An event every week that begins at 7:30pm on Friday and Saturday, repeating until Saturday, October 2, 2021 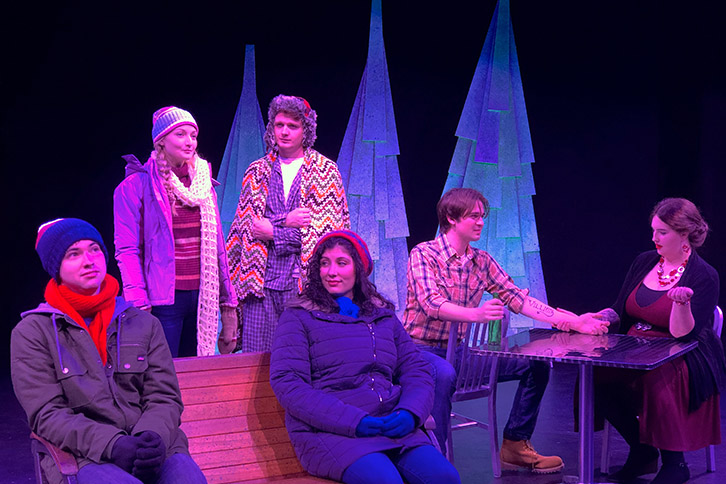 University Theatre announces its upcoming 2021-2022 season, which opens in Spotlight Theater on Friday, September 24, with the romantic comedy Almost, Maine by John Cariani. The show runs two weekends September 24, 25 and October 1, 2 at 7:30pm and Sundays, September 26 and October 3 at 2:00pm.

Tickets are $16, $8 and free for YSU students and available at ysu.tix.com. All seats are general admission. Masks are required in all University buildings.

Almost, Maine is a series of nine vignettes set in Almost, Maine, a place that’s so far north, it’s almost not in the United States. It’s almost in Canada. And it’s not quite a town, because its residents never got around to getting organized. So, it almost doesn’t exist. One cold, clear, winter night, as the northern lights hover in the star-filled sky above, the residents of Almost, Maine, find themselves falling in and out of love in unexpected and hilarious ways. Knees are bruised. Hearts are broken. But the bruises heal, and the hearts mend—almost—in this delightful midwinter night’s dream.